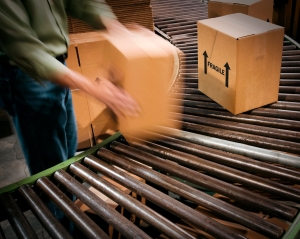 Saver shipping program. By expanding the selection of eligible merchandise, Amazon made it easier for customers to meet the $35.00 minimum order threshold required to receive free standard shipping.

Now it seems Amazon may be taking yet another step in providing more shoppers with better selection. According to some reports, Amazon has approached a handful of merchants about offering their products through Amazon Prime, the membership program that includes free two-day shipping on orders of any size. This isn’t new. Third-party sellers participating in Amazon’s FBA (Fulfillment by Amazon) program could always sell them through Prime. The difference in this new program is Amazon wouldn’t be fulfilling the orders. The merchants would ship the products directly to the customers. This program is reportedly in a test phase and has not been officially rolled out. It is available only to merchants specifically targeted and invited by Amazon.

A merchant might want to list their products as Prime-eligible to gain access to Amazon’s most prolific shoppers, many of whom filter out non-Prime items from their product searches. But not everyone has seen value in turning part of their inventory over to Amazon’s FBA program. They may be concerned with tying up inventory that could be sold to other retailers, object to FBA fees, or worry Amazon’s warehouse locations might trigger unwanted sales tax obligations.

The reason for the restrictive selection process is obvious. Sellers fulfilling Prime orders must still meet the two-day shipping standard Prime members expect. Amazon won’t be allowing any merchants into this program unless they believe they can comply with the Prime requirements. Seller performance will probably be monitored. There could even be some geographical restrictions. An item shipping from the East coast, for instance, may not show up as Prime eligible to a shopper in California. It isn’t clear if Amazon will be subsidizing the costs for two-day delivery or if merchants must absorb the extra shipping fees.

Third-party sellers are an important part of Amazon’s strategy. They account for about 40% of the company’s sales. And as we’ve pointed out in previous posts, Prime buyers are a valuable commodity. There has been conjecture that adding merchant-fulfilled items to Prime is a reaction to Amazon running out of warehouse space. There could be some truth in that rumor, but giving Prime shoppers access to more items is probably the main driver behind this potential Amazon feature.

Watch for future announcements about how to apply for inclusion in this program if Amazon decides to roll it out to a wider range of marketplace sellers.